The stellar American drama with a fantasy genre ‘Lucifer’ is back with its fifth season on twenty-first August 2020 on Netflix. We can say that the Devil is back, and fans are already hyped for this season. The series was first aired in 2016 on Fox for three seasons and was later renewed by Netflix for its fourth season. The fourth season got a lot of commercial success, hence receiving a large number of positive reviews and over 50 million viewership over the years. Here’s a glimpse of Lucifer Season 5:

What happened until now!

The series season 4 ended with a lot of unexpected events in which one of the characters Chloe gave a chance to accept the lead of the series Lucifer for his real identity. The long-awaited hug of Lucifer and Chloe turned into an upsetting ta-ta when he was required to indorse his control over the kingdom of hell for the safety of his closed ones and protect the Earth from the invasion of a potential demon.

Which characters are you excited about in Lucifer Season 5?

There is an addition of a new character in season 5 which is Lucifer’s twin brother Michael. He had already set up his feet on earth and has started living Lucifer’s life. He is interacting with all the people Lucifer was close to. This character makes fans expect that Lucifer will return to confront his twin brother but when will he be returning is still a mystery. Tell us what characters are you excited about?

Lucifer Season 5 is releasing in two parts on Netflix and they have also decided to come up with another season as well. Also, all the cast from the fourth season has reprised their roles in this season.  A new character is also to be introduced in season 5 which will be played by Alex Koch. If the season progresses in such an ambition then this will be quite a ride for all its fans. I hope you all are looking forward to the journey of surprising events throughout the season.

Right now only the first part of Lucifer Season 5 has come out. They left us on a cliff hanger. This shows that there will be more parts of season 5 coming up. Part 2 of season 5 is expected to air in 2021 on Netflix. I hope you all are as excited as we are. Do tell us your thoughts about Lucifer in the comments.

You may also want to read: How Do Celebrities Like Taylor Swift Manage to Release a Ground-Breaking Album Amidst a Global Pandemic? 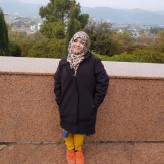 How Do Celebrities Like Taylor Swift Manage to Release a Ground-Breaking Album Amidst a Global Pandemic?